The Benefits of Street Trees 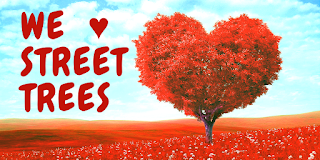 Having a tree outside your house can be annoying; blocking the light through your windows, roots which damage pavements and garden walls, and there are those leaves to clear every autumn. Nonetheless, there are huge benefits to having street trees that you may not be aware of. Trees improve air quality by trapping pollen and dust, and by absorbing pollutants. A single large tree can supply the Oxygen used by four people. They retain water that would normally run off the soil, reducing water use, and help prevent flooding and soil erosion. Deciduous trees shade the summer sun and create more amenable microclimates around them, reducing air conditioning costs in buildings. 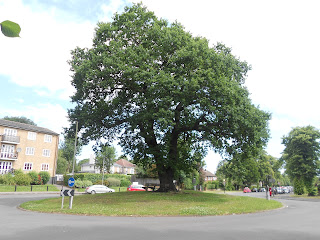 Mature urban trees make neighbourhoods more pleasant by screening unattractive views and softening the most brutalist architecture. Trees absorb and block noise; in the right position reducing noise by 40%. Shoppers linger for longer and spend more where trees are present. Trees have even been shown to reduce reported crimes, car speeds, and cars parking on pavements. It is no surprise then, that having trees on your street can increase your house price by 15% or more and make it quicker to resell.

People living in urban areas now outstrip those in rural, and urban areas are the fastest growing form of land cover. Trees are also important urban wildlife refuges. A mature tree is an ecosystem providing habitats and food for a wide variety of birds, insects and other animals. In the urban environment they increase biodiversity where it is most needed.
Together with Parks, our mature street trees are a great legacy of Victorian Britain, and need to be defended from development and neglect. We are fortunate in South London that our local authorities see the benefits of mature urban street trees and wish to protect and encourage them. A recent report showed that Newcastle, Edinburgh and Sheffield cities fell the most trees. In these times of austerity, mature trees are replaced, favouring varieties that will not grow as tall, or damage pavements. However, small fast growing trees have shorter lifespans, and many saplings will not survive the urban environment, and may need to be replaced again. 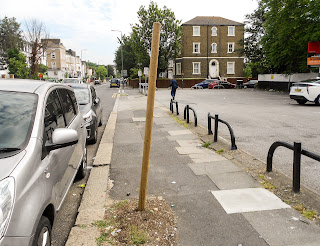 Surely, we should protect those trees that have already proved themselves to be suitable? Pollarding and engineering solutions to kerbs are far better alternatives to felling.

Why not become a LB Bromley Tree Friend or volunteer with Trees for Cities?

Posted by Penge Green Gym at 01:21 No comments:

8 Walks that will change how you view London’s Parks

8 Walks that will change how you view London’s Parks 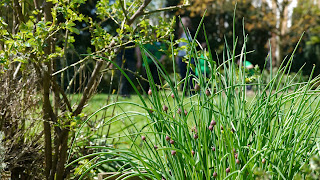 Hiking in the UK’s many National Parks is great, but now that London is becoming a National Park City, have you ever thought about walks through the many fabulous London Parks? The chances are that you visited some of the biggest parks as a tourist, or maybe with your parents when you were a child, but that you have never been back since. That should change as soon as possible. We are certain that there are parts of those parks that you have never seen before – Rose Gardens, Wildflower Gardens, Boardwalks, Sunken Gardens, Mazes, Lakes and Ponds, Japanese Gardens, American Gardens.

These walks are all within the Oyster Card Zone, so no expensive journeys. They are also predominantly in South London, but we make no apology for that, as South London Parks tend to be quieter, and further away from the motorways and duel carriageways that dissect parks North of the River Thames. We are also just extremely biased. Apologies to East London. We like Victoria Park and the River Lea Valley too but just not enough.

Some of these walks use parts of the Capital Ring, a 78 mile circular walk that is, itself, predominantly through London Parks, and consists of 15 sections between Woolwich and Becton District Park: https://tfl.gov.uk/modes/walking/capital-ring
In South London, the Capital Ring flirts with the Green Chain Walk, but there is much more to the Green Chain than that:  https://tfl.gov.uk/modes/walking/green-chain-walk
Some of these walks are from the Inner London Ramblers Self-Guided Walks website: http://www.innerlondonramblers.org.uk/ideasforwalks/self-guided-walks.html

This walk is Section 8 of the Capital Ring and takes in a number of parks and green spaces in West London along the Grand Union Canal and the River Brent.
https://tfl.gov.uk/modes/walking/osterley-lock-to-greenford

This Trail mostly follows the River Wandle from Wandsworth to East Croydon or to Carshalton Ponds connecting a number of parks and green spaces in South West London including Merton Abbey Mills, Mordon Hall Gardens, Carew Manor, The Grove and Deen City Farm. It is part of the National Cycle Network Route 20 to Brighton.
https://wandlevalleypark.co.uk/map/

The Waterlink Way connects a number of parks and green spaces in South East London while following Ravensbourne and Pool Rivers, from Deptford Creek, through Ladywell Fields and the Pool Linear Park, to Cator Park and beyond. It is now established part of the National Cycle Network Route 21 to Newhaven.
https://www.sustrans.org.uk/ncn/map/route/waterlink-way

This walk takes in the Parkland Walk, Finsbury Park, Stoke Newington Reservoirs, Clissold Park and House and Abney Park Cemetery. It is section 12 of the Capital Ring. https://tfl.gov.uk/modes/walking/highgate-to-stoke-newington

This circular walk around Kensington takes in all corners of Hyde Park, Kensington Gardens and Holland Park. You will discover the Kyoto Japanese Garden, Sunken Garden and Rose Garden. http://www.innerlondonramblers.org.uk/ideasforwalks/self-guided-walks/20-kensington-walk.html

Walking across Wimbledon Common and Richmond Park you would be forgiven for forgetting that you were even in one of the world’s largest cities. This walk is Section 6 of the Capital Ring. http://content.tfl.gov.uk/capital-ring-section-six-v2.pdf However, make sure you detour from that official route to take in the Isabella Plantation within Richmond Park; an ornamental woodland garden that you will never believe can actually be free to visit.

Posted by Penge Green Gym at 07:56 No comments: